In 2007, Fidel Castro warned in the first published essay after his illness: “More than three billion people in the world are being condemned to a premature death from hunger and thirst” by diverting food crops to biofuels. In the past four years, food prices have indeed skyrocketed and a 2011 report by Oxfam identifies biofuel production as a principal cause of food insecurity. 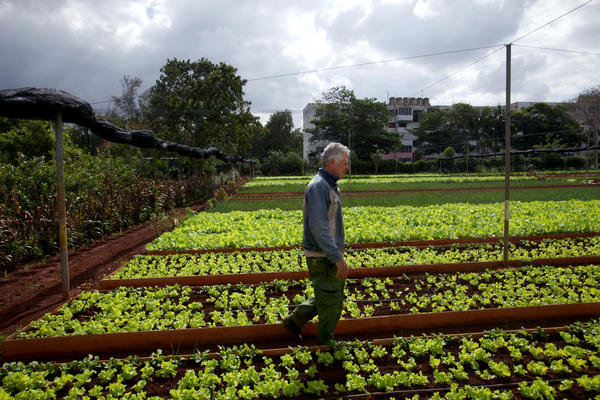 Some Cubans see their urban agriculture movement as a possible solution as the world begins to grapple with increasing prices and demand for food and fuel: “There is an ecological trend, a green philosophy. This is an urgent call, an immediate future; the large urban centers, with the problems of oil production and the transport of goods, this could be a worldwide solution as it has been in Cuba. We have the advantage of having gone through what other countries may experience in 50 years,” says Miguel Salcines Lopez, President of Havana’s largest urban agriculture cooperative, Vivero Alamar. 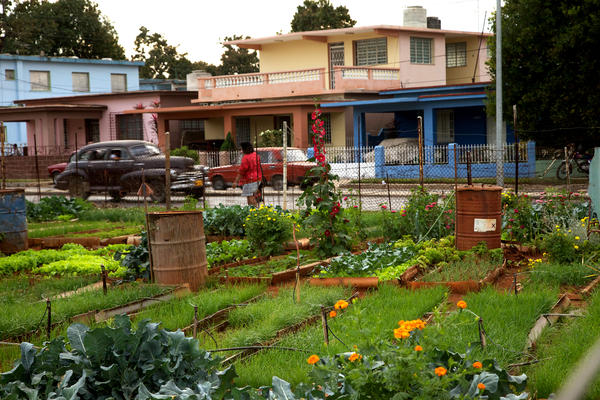 Beginning with the collapse of the Soviet Union in 1989, Cuba entered a period of extreme shortages that came to be known as “The Special Period.” With imports such as food, fuel, pesticides, and fertilizers disappearing almost overnight, Cubans began to grow their own produce wherever they could—balconies, empty lots, and roof-tops. Initially these were grassroots initiatives born of necessity, but over the next decade they would become a central tenet of state planning and a pillar for the island’s economy.

A homage to the history of Cuban urban agriculture in the home of Oscar Aleman Perez in Havana. In the 1970s and ’80s, Raul Castro, as Defense Minister, encouraged the development of urban agriculture and oversaw experimental organic farming in military facilities. In those days, the organoponicos, as they came to be known, were introduced in preparation for a possible worldwide embargo of Cuba; today they are a training ground and growth area for Raul Castro’s economic reforms that allow for more small business. 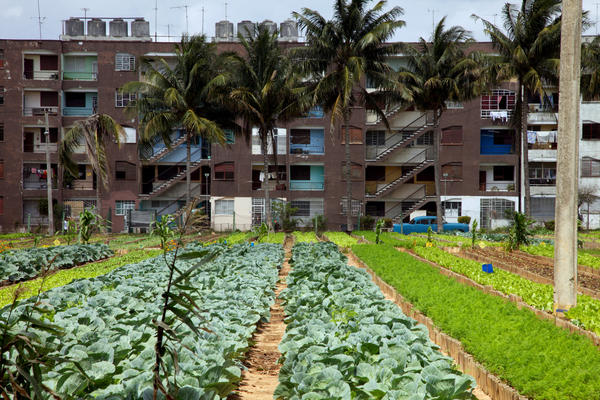 Cubans see their urban agriculture movement as a possible solution as the world begins to grapple with increasing prices and demand for food and fuel. Many other countries have begun to use the Cuban experience as a model as locally grown, organic produce becomes more popular worldwide. 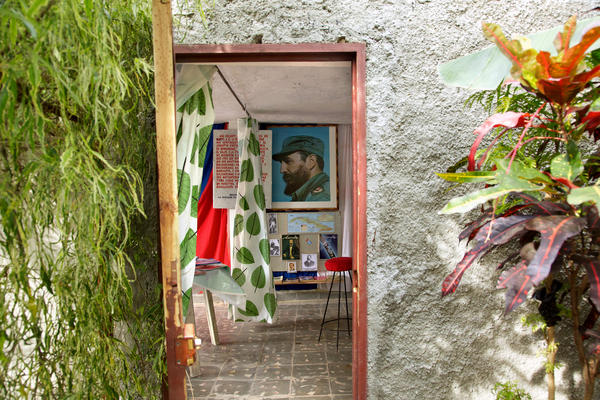